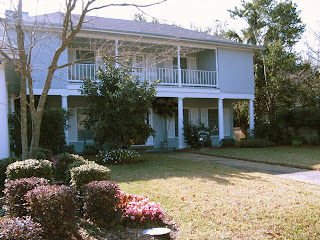 Runner-up to the Garden of the Month – Honorable Mention – classically-designed garden at 35 Oriole Street. Always meticulously groomed, this well-designed, rather formal garden features perimeter beds of carefully-manicured bushes fronted by beds of pink, white, and yellow flowers; pink sasanqua in full bloom on each side of the walkway. Additional interest is provided by the lush, tropical greenery anchoring the corner beds by the house, and a grapefruit tree.
Posted by Kimberly at 10:24 AM 1 comment: 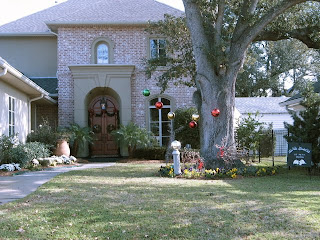 Le Petit Jardin for December, 2008 is the handsome garden on the street side at 2 Dove Street. This month this well-designed, always colorful, patio-style garden, enhancing the entryway and façade, is enlivened with yellow and white flowers, and a mass of white sasanqua in full bloom, and by the bright blue and yellow pansies surrounding the large shade tree in the front.
Posted by Kimberly at 10:22 AM No comments:

December Garden of the Month Winner 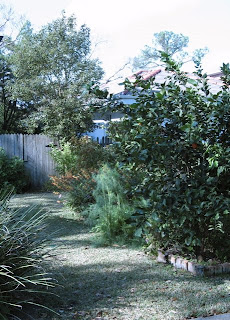 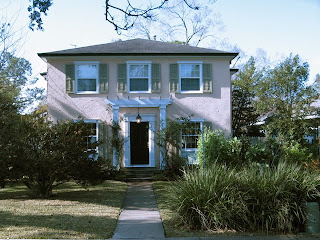 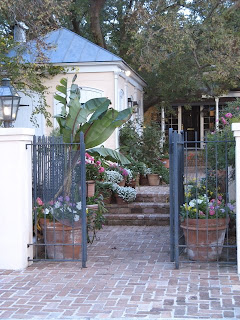 The Garden of the Month award for December, 2008 88 Egret for the lovely, very inviting and very personal garden she has created to enhance her home at 88 Egret Street.

On the street side, the open gate of the rose-garlanded iron perimeter fence and the row of large, weathered pots of pink and red flowers beckon invitingly into a lovely brick courtyard, softened by the beautiful old trees and which frame the house and back porch, and accented by a large old acacia bush with masses of yellow booms. On the lane side also, the soft peach-colored house is beautifully framed by a rich design of mature greenery, lush tropical plants, and curving beds of carefully manicured bushes and flowers in shades of red, pink, white, and orange, and greens ranging from the deep, shiny green of the holly bush to the soft, feathery green of the rose vines framing the
doorway. 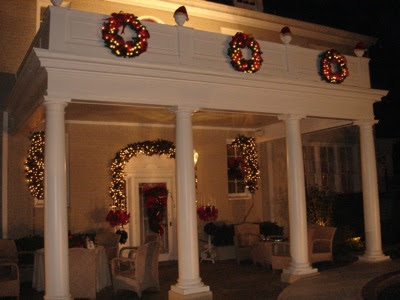 and lots of Honorable mentions
thank you to all who participated
Posted by Keith Zibilich at 2:34 PM No comments:

Just a reminder the Lake Vista Garden Club will hold its annual Christmas Decorating Contest on Thursday, December 18th beginning at 7:00pm, please leave your lights on until midnight. Three categories: Doorway, Yard and Cul de Sac and the Best Overall
Posted by Keith Zibilich at 5:20 PM No comments:

November 2008 Garden of the Month

The Garden of the Month award for November, 2008 goes to Georgina and Wilfred Rivet for their charming garden at 6 Warbler Street. A true labor of love, this lovely garden is designed to provide interest, color, and balance to the large, but narrow V-shaped lot and the Rivet’s attractive brick home. Anchoring the design are the two major focal points – the large oak tree at the tip of the lot and the rock-bordered, tiered flower bed which softens the ell of the house. Beds of red and white flowers and caladiums around the perimeter of the house and encircling the oak tree unify the design, and lead the eye. 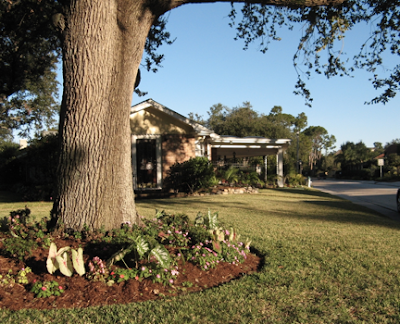 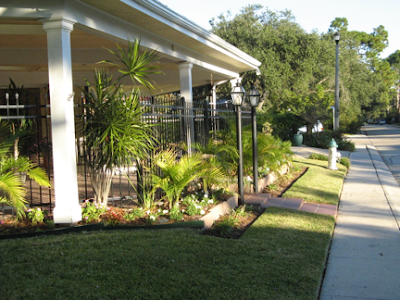 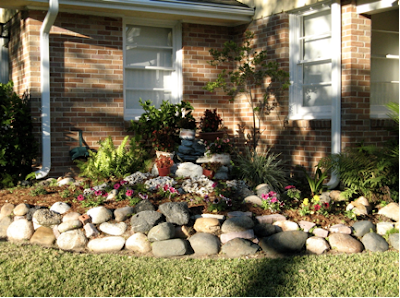 Le Petit Jardin for November, 2008 is the lush, colorful street-side garden at 13 Thrasher Street, the home of Allen Rosenzweig. A handsome and attractive garden featuring perimeter beds of flowers and greenery framing the square of front lawn. The primary focus is the dramatic and colorful entranceway garden centered in the angle between the house and carport. This month it is ablaze with thick clusters of flowering bushes in fall shades, beautifully enhancing the light-colored brick of the house. 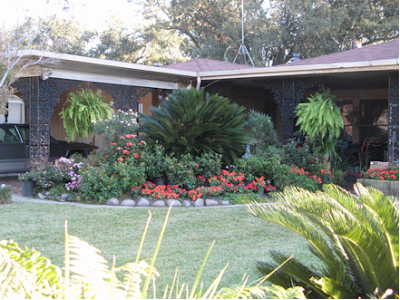 Runner-up to the Garden of the Month – Honorable Mention – is awarded to Dodie Spencer-Smith for her handsome (and highly-visible) garden at 24 Thrush Street. Always meticulously groomed and well-designed to provide balance and interest to the wedge-shaped lot, the primarily green garden features groupings and borders of a variety of shaped bushes, palms, and small trees against the soft pink brick of the house. This month the handsome design is enlivened by beds of colorful flowers. 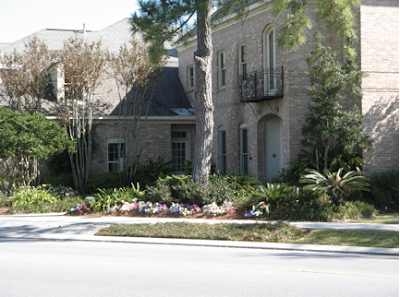 Posted by Keith Zibilich at 3:31 PM No comments: 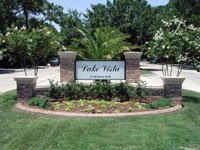